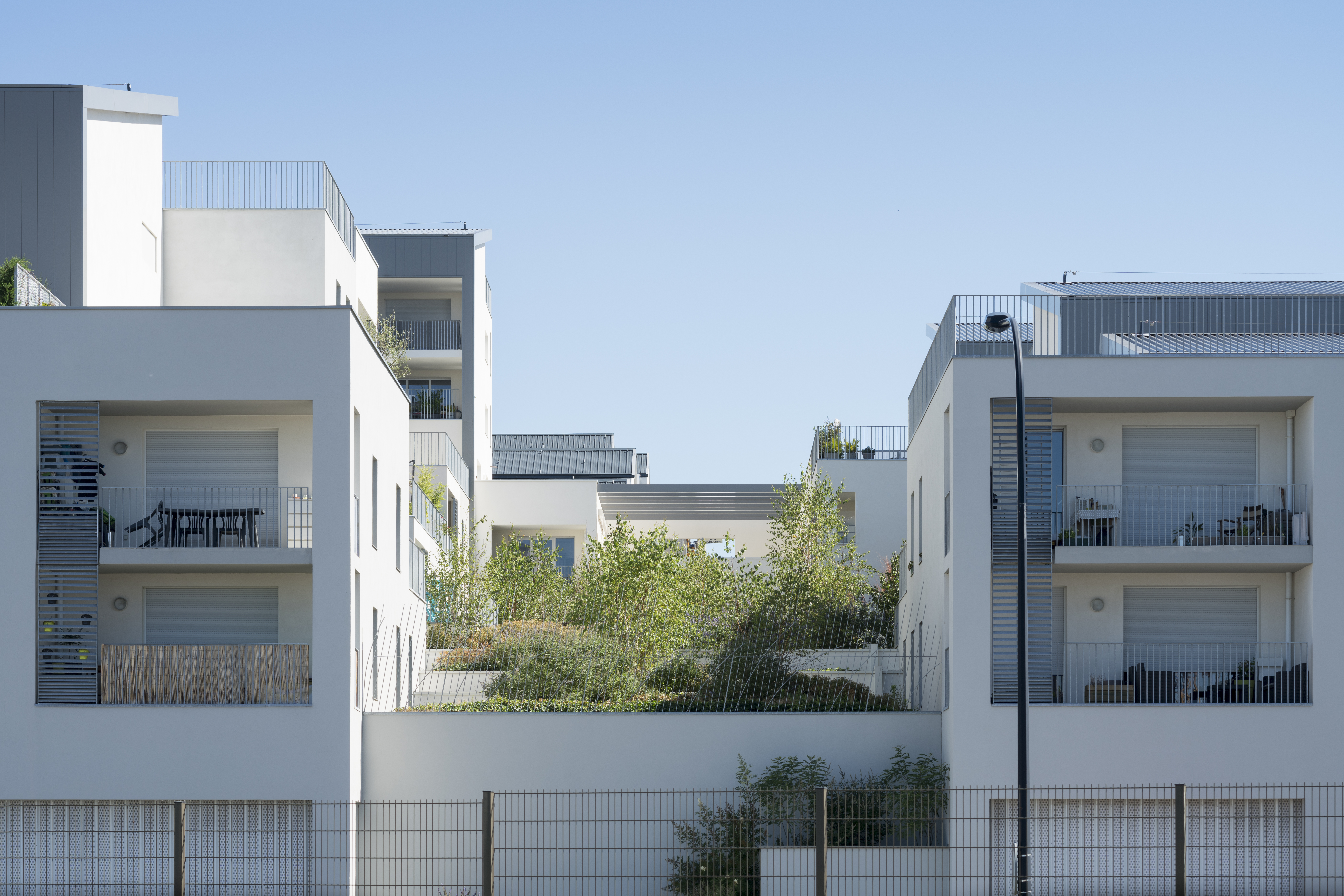 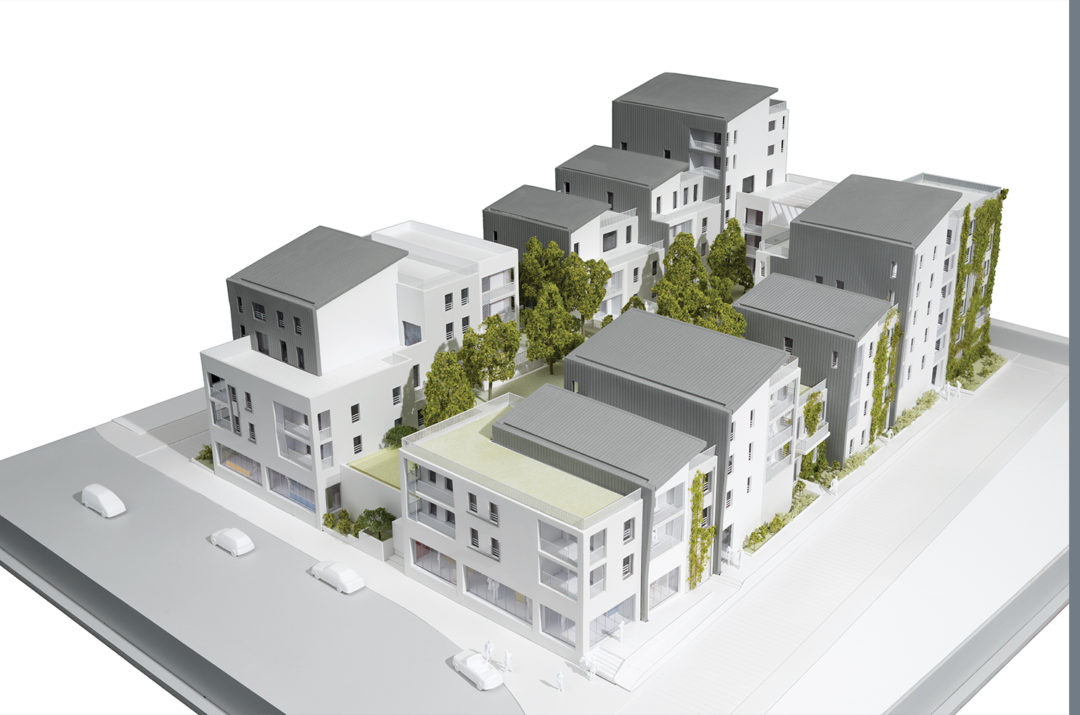 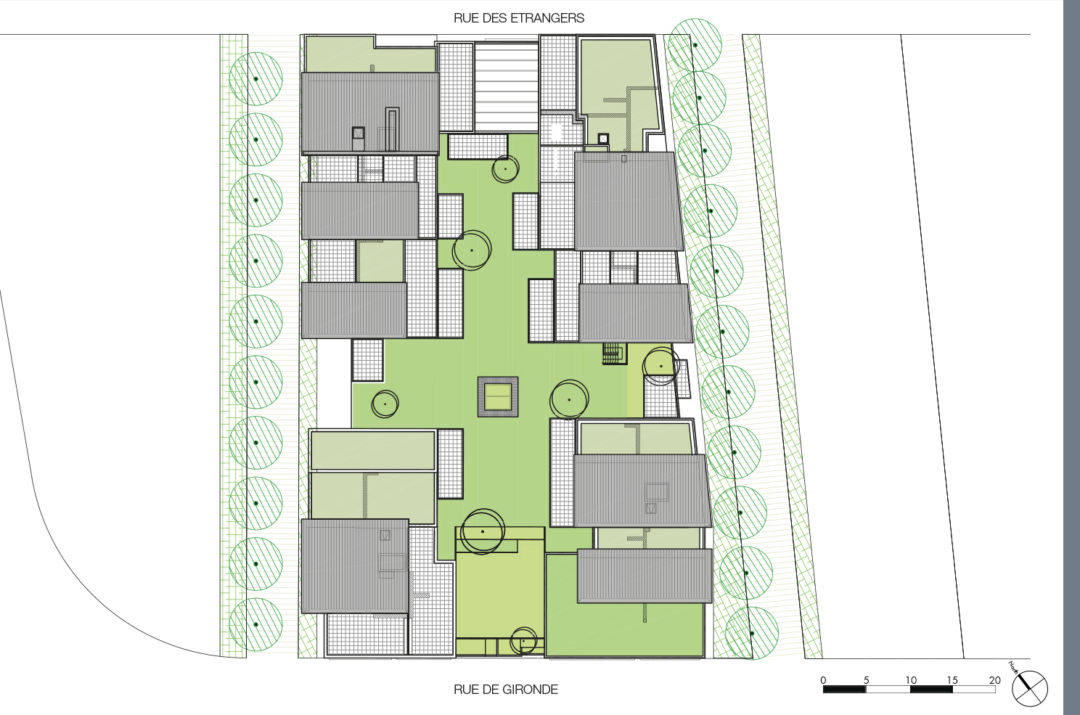 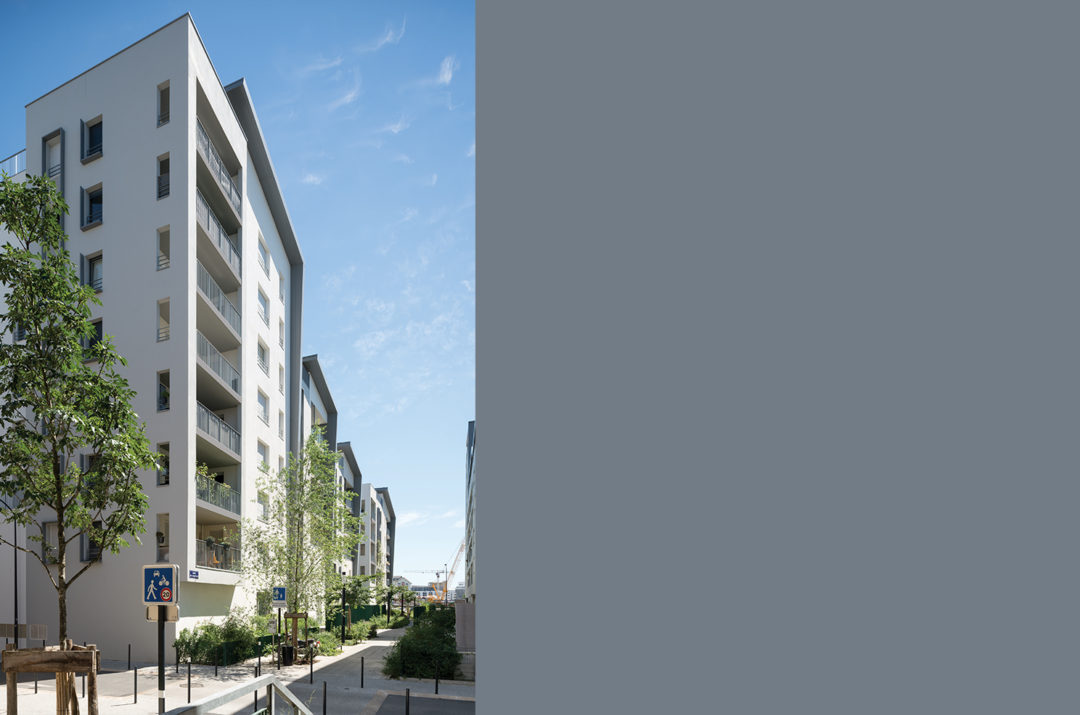 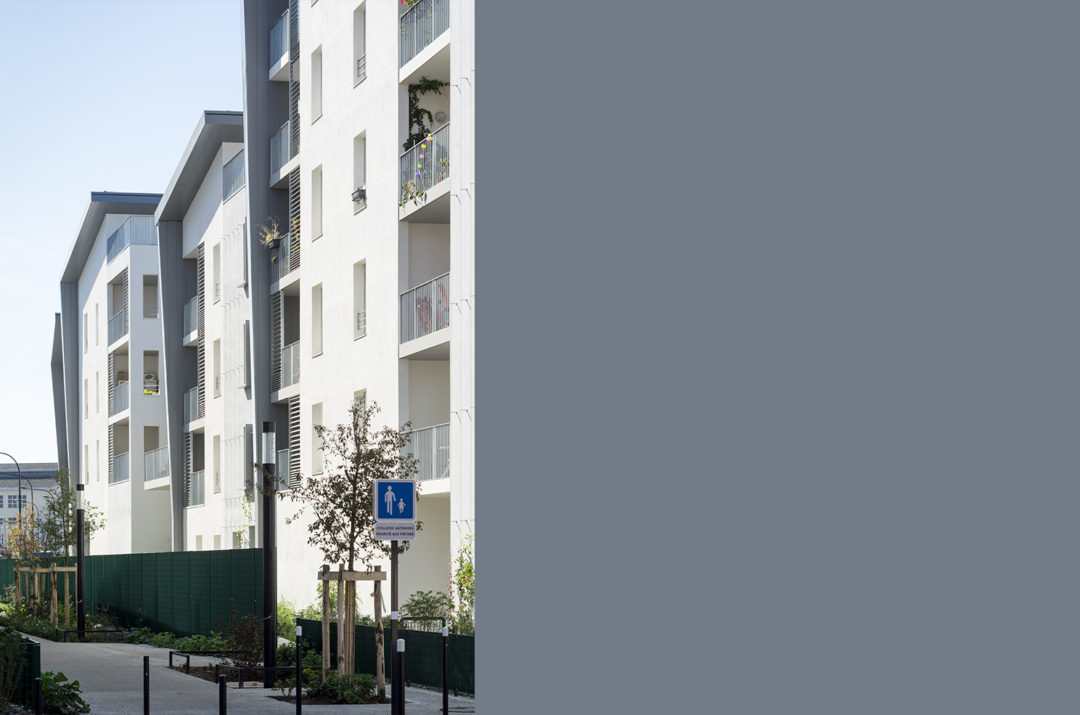 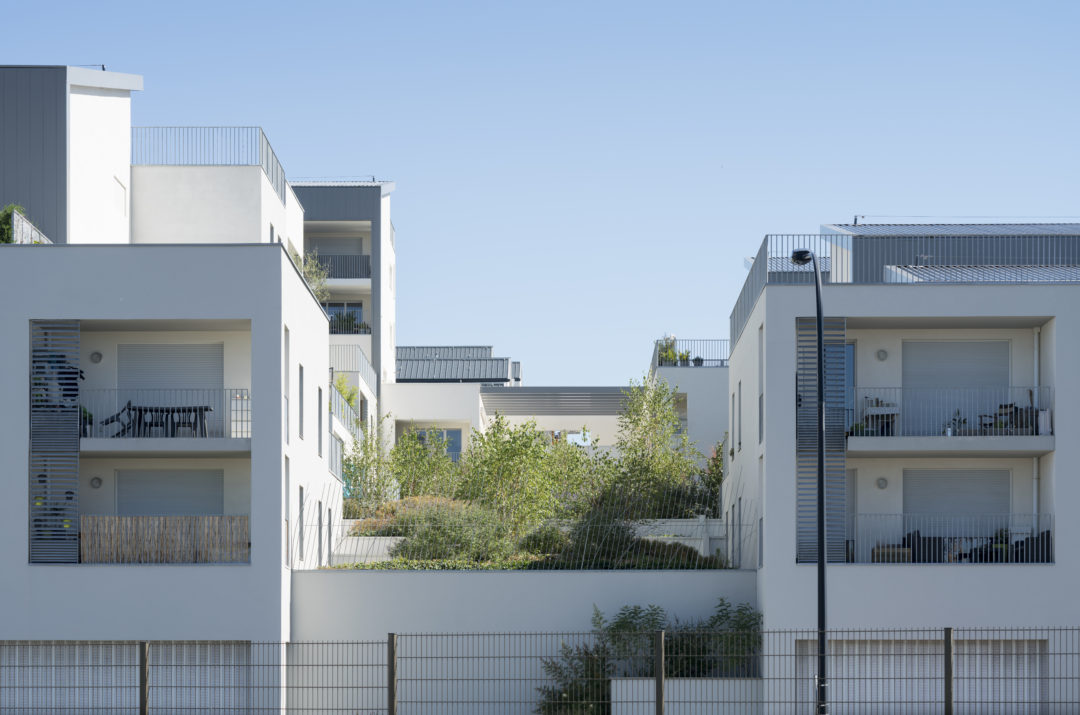 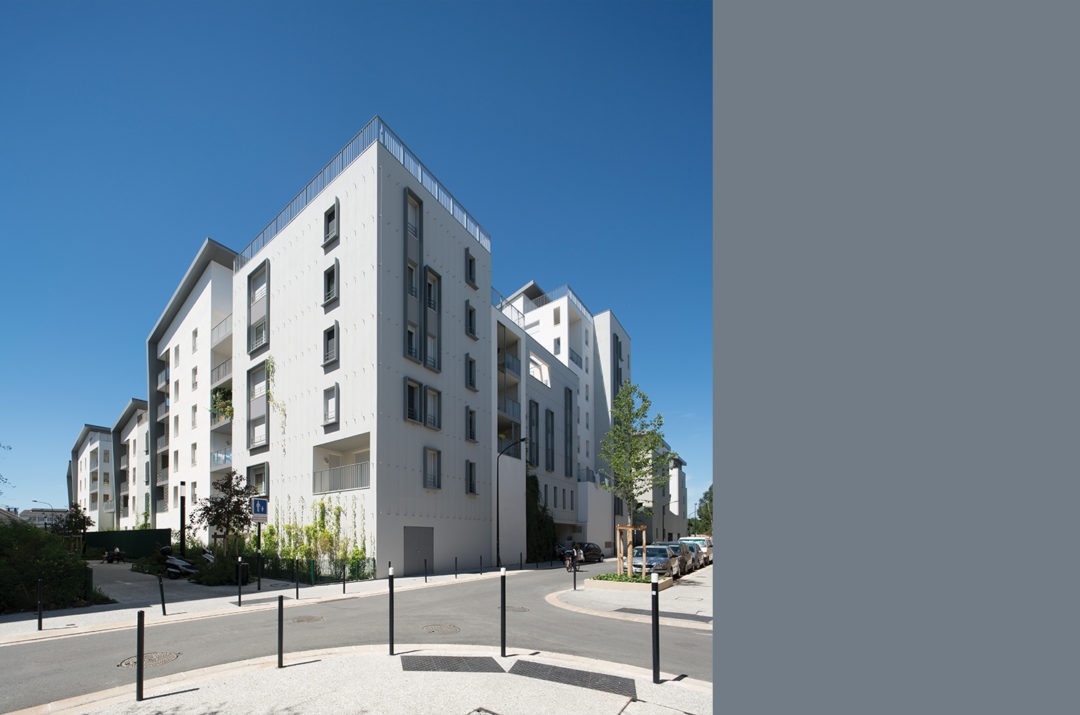 The Bassins à Flot district is a major site that will leave its mark on the urban evolution of Bordeaux and its suburbs. This ambitious project will contribute to the development of the territories in the Northern part of the project.

Our block will propose a large choice of 78 accommodations, from the two-room to the five room flat. The outer spaces face the Bassins à Flot and the apartments are double-oriented.

The surface is organized around a garden that takes place over two parking levels. The facades of the buildings are extended toward the ground and are occupied by apartments and shops, so that no car park facades break the style of the building.

In order to guarantee the quality of the promenade around the Bassins à Flot and to avoid that pedestrians feel “opressed”, it seemed important to “hide” the double slab and its density. Visual openings to the interior of the block are given by two gaps along the paths, avoiding the impression of a corridor. The garden descends into the sidewalk in the form of bleachers, confirming this intention.

Still aiming to soften the double slab and the density of the block, the buildings are organized in an asymetric crescendo, starting from the facade at the level of the docks, and reaching a peak with a 7 floor building at the opposite side. In addition, the variation of heights allow to avoid the mass effect and lightens the ensemble of volumes.

The architect chose to homogenize the ensemble by the unity of materials and using a series of recurrent elements. Certain of Elizabeth de Portzamparc’s project have been used on other buildings, reinforcing this unity. Thus, the bottom volumes of her project have been taken up by other architects alongside the Bassins à Flot, proposing a smoother scale for the promenade. Her zinc façade that folds and turns over the rooftop and the crescendo of volumes have also been used.

Construction of 78 housing units and commerces